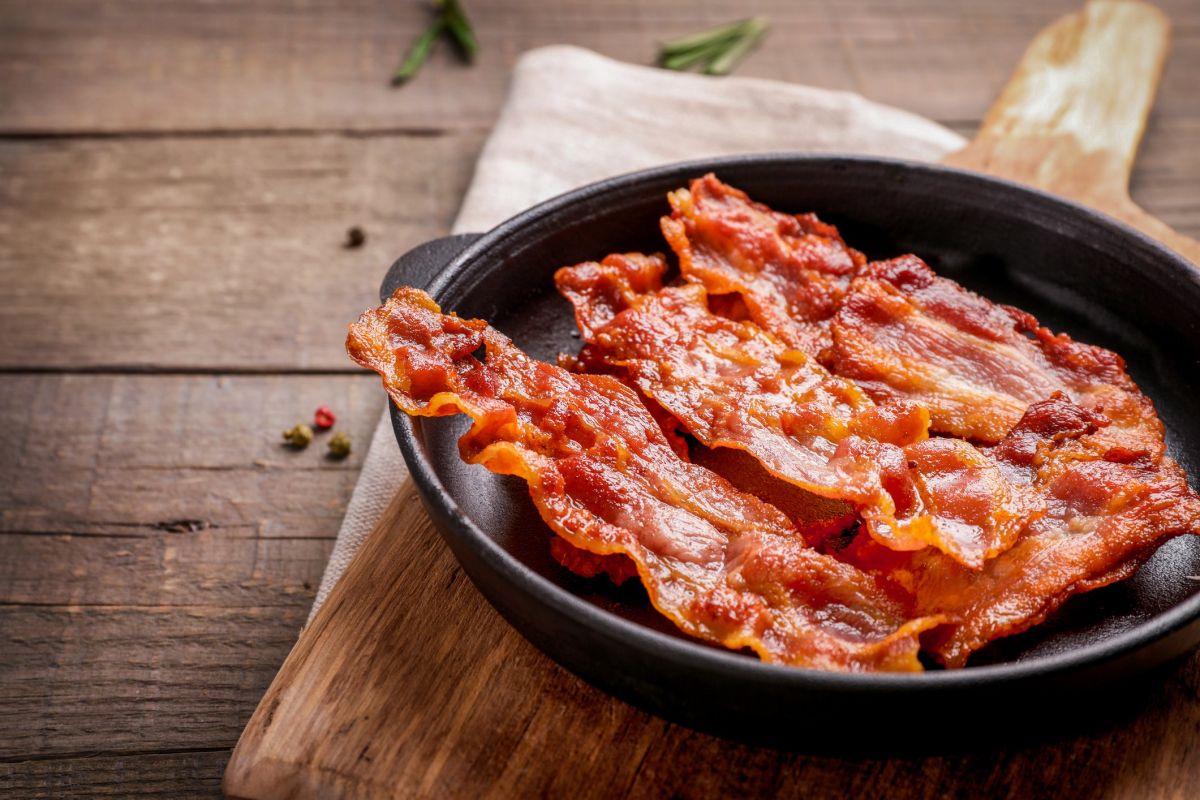 Our today's "guest of honor" is not only for breakfast a real treat: Bacon - or as the German would say "Speck". Crispy fried, served with scrambled eggs! That's probably how everyone knows it, if not from their own kitchen, then at least from the hotel buffet.

Breakfast bacon - at least that was the first German term associated with the English term "bacon". But by now it is more than just that. Breakfast bacon, which comes from the belly meat of the pig and often still has a little rind with it, is a product that has already been cured and usually also already smoked. 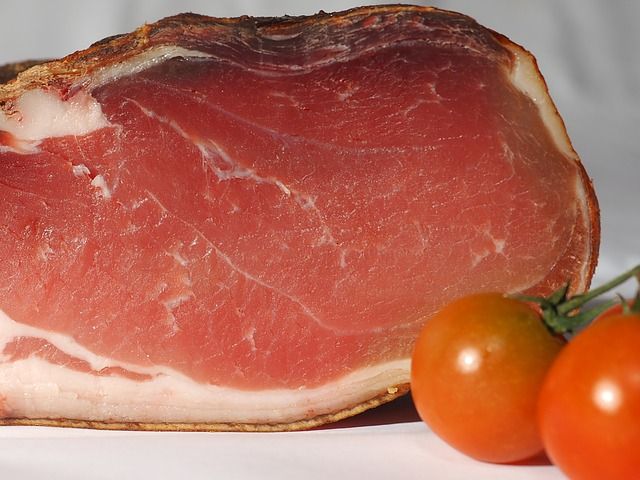 This preparation ensures that it can be eaten both raw and fried. Bacon has even acquired its own name for a particular type of preparation: barding. Barding is the process of wrapping something with bacon in order to protect it from drying out during frying and to give the dish its typical bacon aroma.

Bacon around the world

Let's start with the table and plate at home: In Germany, bacon is found - as already mentioned - as a side dish to scrambled or fried eggs on the breakfast table. But small cubes of bacon can also be served for lunch or dinner, giving the dish its typical spiciness. Frying them beforehand really brings out the flavor. 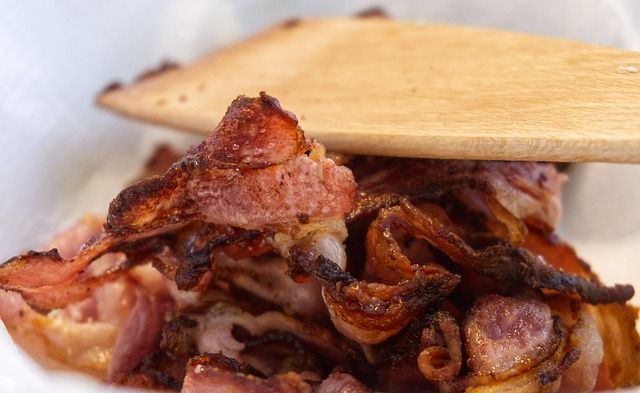 We have honestly cribbed the breakfast tradition a little from the British. Here it is part of the traditional - quite fatty - English Breakfast. In addition to breakfast, bacon is also very often found on a sandwich here.

If you compare the English version with the American version of bacon, you can almost call it boring. While here in Germany and also in England one limits oneself to the traditional smoking methods, so in the country of the unlimited possibilities also these smoking variants are unlimited. Here, for example, chili, maple syrup, apple wood and honey play a role. In addition to the previously known variants, you can find the bacon here on a BMT sandwich or coated with cornmeal as "peameal bacon".

What to cook with it?

Of the breakfast we have now spoken more than enough. The sandwich also already got its money's worth. Whom we have not yet addressed, however, is the burger. Either the classic hamburger with bacon and a hearty, matching sauce or even the cheeseburger peppered with bacon . 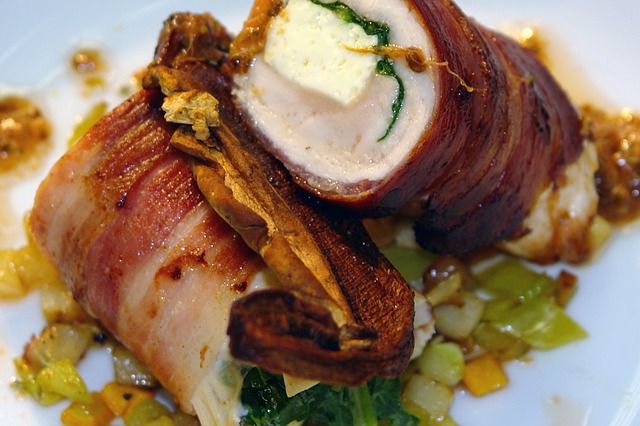 Bacon also looks good on pizza, so here you can choose between the bacon chopped onion mixture or even a pizza with egg and bacon or even many other more unusual creations.

In addition, you can also find all sorts of things coated with bacon. From simple chicken, wild meat, roast pork or beef to seafood or animals such as shrimp. Sweet dates can also be found wrapped in bacon on one menu or another.

Peppered with bacon cubes, the "Bacon Cheese Fries", in German: Pommes mit Käse und Speck (French fries with cheese and bacon), are of course not to be missed.

Enjoy your bacon and bon appétit!
Your experience on this site will be improved by allowing cookies.