Eat pumpkin cooked, baked, as a soup or even raw? You should definitely not do that on Halloween!

It is known that autumn is pumpkin season. If you drive through Germany's villages or on country roads, you will find small stands at quite a few corners, where pumpkins are piled up and of course sold. The selection here ranges from decorative pumpkins to edible pumpkins.

Of course, Halloween is not so far away these days. Some carved pumpkin faces are laughing or frighten us in front of the door.

But the pumpkins are not only good for carving and chasing away, there are also some varieties that can and should land on our plates. Pumpkin soup and pumpkin pie are more than just delicious.

Most of the known pumpkin varieties are suitable for cooking despite the danger of bitter substances. However, if you catch a piece that already appears very bitter in your mouth, you should avoid swallowing it and spit it out for the sake of your health. One can be sure, however, that there is no danger from the pumpkins available in the supermarket.

The best known and most common varieties are: 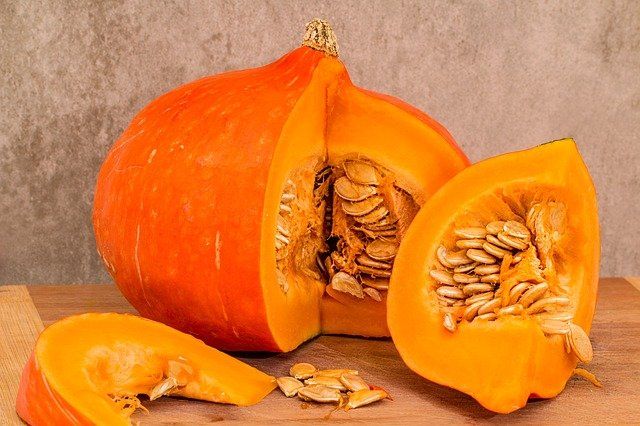 Of course, these were not all edible pumpkins yet, but already with these three varieties some truly fine dishes can be conjured up.

The first thing that naturally comes to mind is pumpkin soup. It doesn't matter if it is classic or mixed with cheese or chili or even mango. Here you can enjoy yourself - similar to all other soups - and let it all hang out. 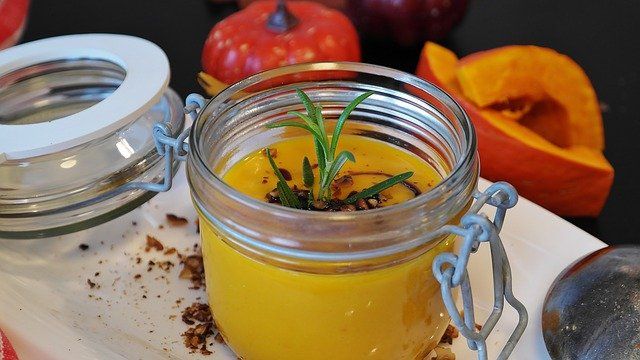 Meanwhile there is even pumpkin sushi: Maki or Nigiri with pumpkin, if it may be unusual.

If you like risotto, you will not be able to avoid trying pumpkin risotto. Pasta fans also get their money's worth. Even with their own pumpkin ravioli creation.

Depending on the restaurant, you will also find braised, grilled, steamed or baked pumpkin on the menu, both as a main course and as a side dish.

If you would like to celebrate your Thanksgiving in American style, you can treat yourself to a piece of pumpkin pie or German pumpkin pie treat.
And yet another "pumpkin dish" for all fans of the sweet taste: The Pumpkin spice Latte or Chai is super trendy right now and one of the annual "must-have" drinks in autumn.

Did you know that the zucchini is actually one of the pumpkins?
Your experience on this site will be improved by allowing cookies.