What's special about the Austrian national dish, the Viennese Schnitzel? 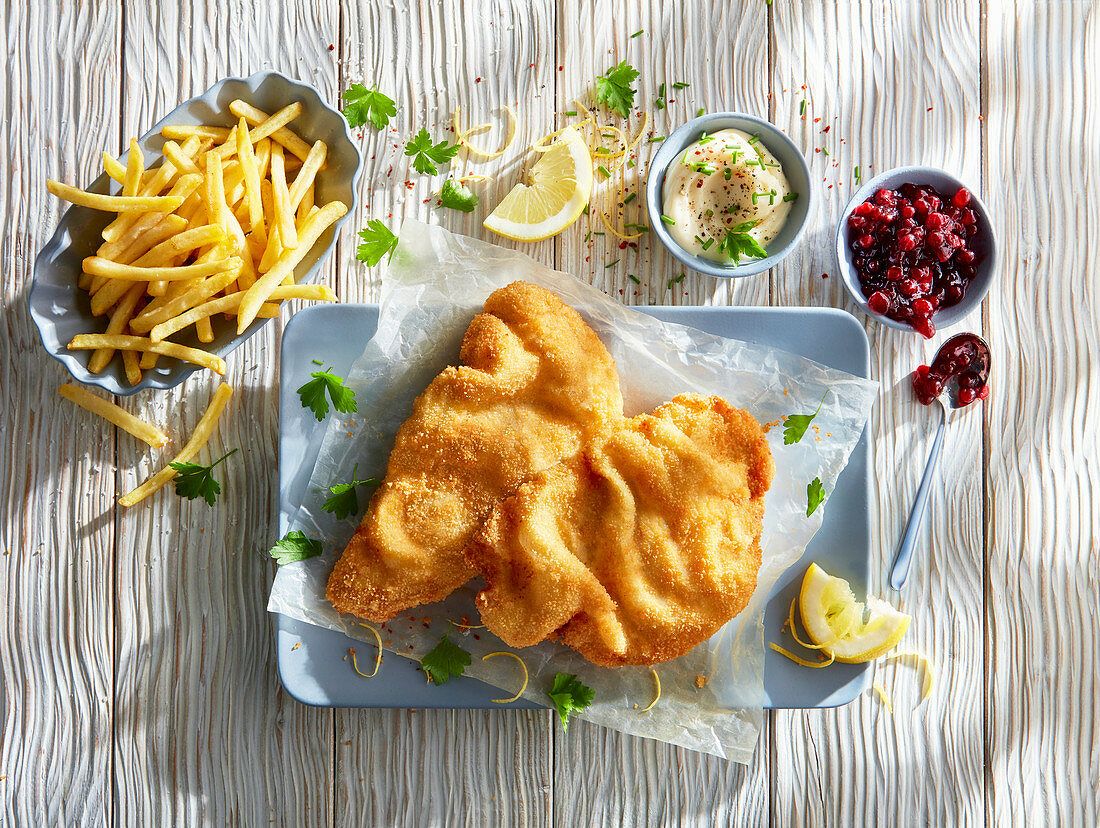 From our neighboring country come not only some of the most famous artists such as Mozart - and accordingly the Mozart-Bonbons - but also some of the best food: Starting with the Semolina dumpling supper, the Wiener Schnitzel, the Kaiserschmarrn, the Pancakes or the chocolate cake. From hearty to sweet, everything is here.

Of course, one could and can organize a celebration day or even a day of honor for everything and every dish, but today (as in the USA) it is supposed to be about the Wiener Schnitzel

If a restaurant wants to call its schnitzel "Wiener Schnitzel", it must be made from veal according to the old tradition. The Wiener Schnitzel describes a thin, breaded piece of meat, fried in fat.

If the schnitzel is made from a different type of meat, but in the same way and with the same type of breading, it can then - true to the motto "protected geographical indication" - be called a "Schnitzel Wiener Art". Here the most common representatives are pork or also poultry such as chicken or turkey.
Since the special and also unique way of preparing and breading has been mentioned several times, a summary of this will now follow: One uses cutlets in butterfly cut. These are unfolded and first salted, then turned in flour, freshly beaten egg and finally in breadcrumbs. It is important here that the breadcrumbs remain as fluffy as possible. This is achieved by not pressing the breadcrumbs against the meat, as is usual with other cutlets, but by leaving them as they stick. After baking in fat (usually in lard or clarified butter), the breading wraps the cutlets in a nice, airy coating.

What do you eat with it? 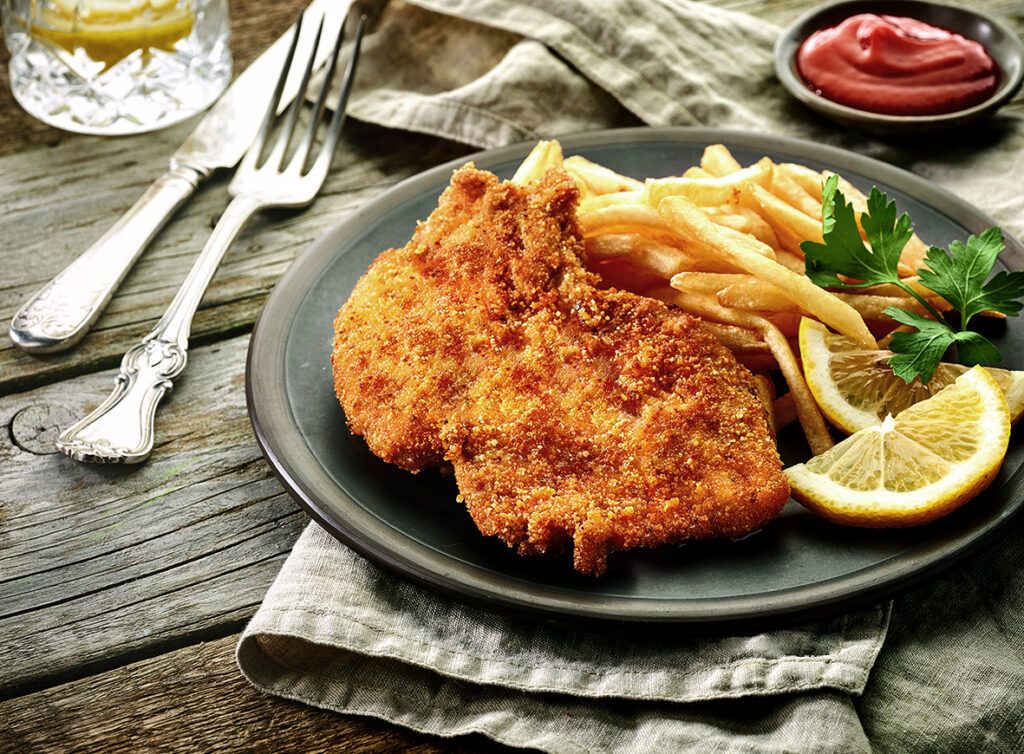 In the early days of enjoying a "viennese schnitzel" it was served with potato salad - traditionally called "Erdäpfelsalat" - or parsley potatoes.

If you go to a restaurant today, the side dish is usually a small garden or side salad as well as French fries and a slice of lemon. Sometimes you can also find a stalk of parsley on the schnitzel.

...are commonly also a schnitzel. However, this expression does not come from the degree of saturation of the beer - which is actually not present at all compared to the Schnitzel, but from the number of calories. Because the beers together offer a calorie content of 600 kcal. This means that the schnitzel baked in fat can also be used.

The Cordon Bleu follows a similar preparation as the original, but with its ham and cheese filling it is almost more convincing than the schnitzel itself. Also, the Parisian Schnitzel, as well as the "Cotoletta alla milanese" (Italy) or the Tonkatsu (Japan) are similar to the Wiener Schnitzel.
Variations such as a "Wiener Schnitzel Hawaii" or with a mushroom cream sauce are also finding their way onto the guest plate more and more often in restaurants. There are almost no limits to your imagination... The only important thing is: preparation and breading must be done in the Viennese way - otherwise you will simply have a Schnitzel ;)
Your experience on this site will be improved by allowing cookies.