It's Eat what you want day, but what do you want to eat? We have some suggestions for you 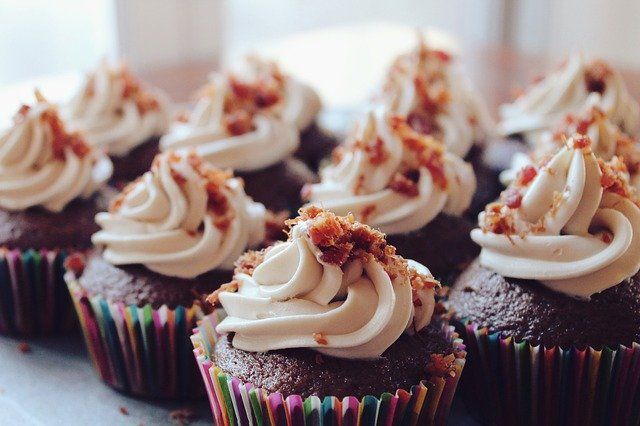 We celebrate »Eat What You Want«- Day

A few days ago, you could read here how to celebrate "Anti-Diet Day". Internationally, it was already a nice day - so much delicious food and so little thought about the nutrients and also about the calories (... those were the little monsters that always sew my pants tighter at night, weren't they?!)

The day today "Eat what you want" sounds very similar, but is actually only celebrated in America. Since these two days have a certain similarity, we won't show you how to eat everything you want today, but we'll see what's available and what you can eat.

Okay, for explanation: I will give you a small list of kitchens - not conclusive, but also where you can find good restaurants.

In order to decide what you want, you first have to know what is available. Here is a small overview of the most famous types of restaurants:
Italian: The Italian cuisine places great value on a nice and good dinner. Here you start with warm or cold antipasti (e.g. bruschetta or vitello tonnato).
This is followed by two main courses, one of which is rich in carbohydrates and the other in protein. So in the first course one often has the choice between pasta, rice or also gnocchi (by the way, this is not pronounced gnocchi). The second course is then a meat or fish dish. If you want pizza, you eat it alone - as "Piatto unico".

For dessert there is also a large selection - I personally love the Panna Cotta from the L'Osteria restaurants in Germany. Of course you also have the typical Gelato or Tiramisù or Zabaglione or... And of course a wine with the main course and coffee with dessert is a must! 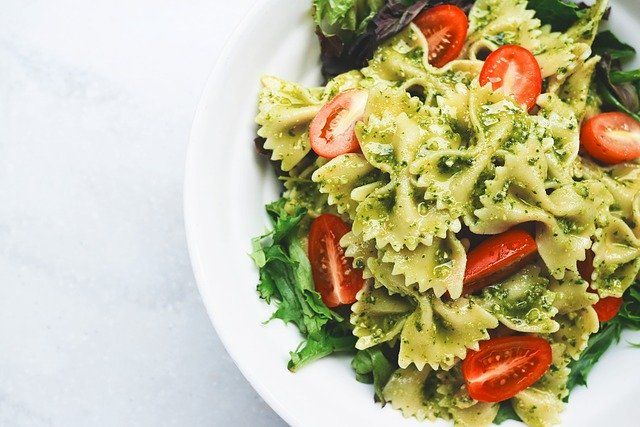 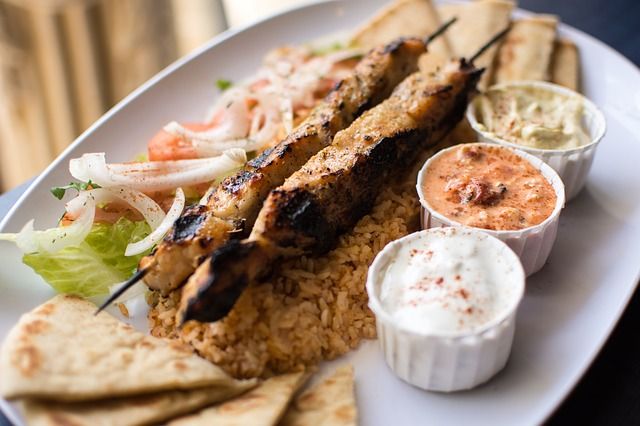 Greek: It is - I think - clear to everyone that Greek cuisine also belongs to the Mediterranean cuisine. One eats here also increasingly a lot of vegetables, seafood and olives, since these are clearly spread due to the geographical situation. Most of the times, the Greek cuisine prepares dishes that are prepared in the oven or kept warm. White bread is served with almost all dishes. The eating culture is somewhat different from what we know. The starters are served on big plates, so that everybody can put his own supply of starters on the plate, as it is the case in a buffet. If meat is the main course, it is also placed in the middle of the table and everybody takes his own from it. As a starter, one of course knows the tsatsiki that we rather eat with the main course.
Beside it, there are still a lot of vegetable starters as aubergines, peas, tomatoes or even fish. Of course, the typical gyros should not be missing in the main course, but the Greek cuisine also offers some super tasty casseroles made of noodles or potatoes. The typical dessert is then the sweetened Greek yogurt with nuts and honey. But of course you can also eat typical regional cakes or baklava. Wine, schnapps and coffee are also available as drinks.
Chinese: whereby one often finds a combination of many Asian cuisines in this country. Only a few restaurants actually offer a pure Chinese cuisine. Typical for the meals is the cutlery. One eats here basically with chopsticks, only for soups there are ceramic spoons. Apart from the cutlery, the eating habits are different in China itself: people talk, smack and slurp with their mouth full. Maybe one should not try this here in a restaurant.

But what one can try is to leave a small amount of food. This shows the cook that it was tasty enough and not too little (if the plate is empty, the impression could arise that the guest was still hungry). Typically, a Chinese feast consists of four starters, six main courses and one soup. The rice is always ordered separately. Among the soups, Peking soup is probably the best known.

Appetizers are also spring rolls, dim sum, wan tan or squid rings. The well-known main courses range from baked chicken to baked duck and Peking duck. During the meal, alcohol is consumed to a large extent in addition to the conversation. Cheers! 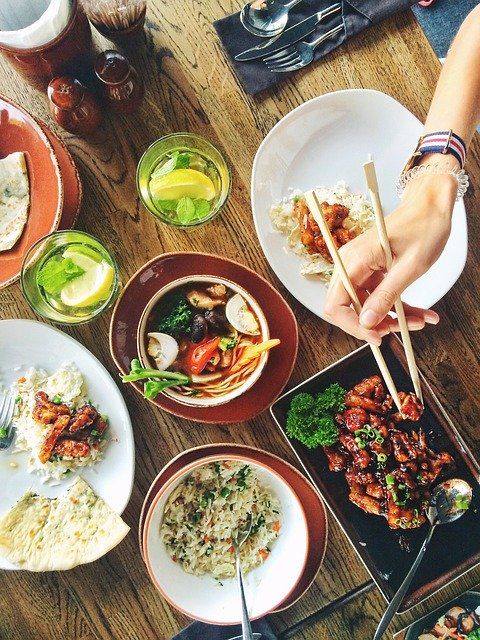 Indian: The first thing that comes to mind is probably the taste of Indian food. Much more spices are used there than in German food. In addition, curries are more than well known - Fun Fact: Curry is not a spice in its own right, but a spice mixture that consists mostly of cumin, coriander, turmeric, ginger, cardamom and cayenne. Of course, you can find a lot more in it - depending on the geographical location or dish. 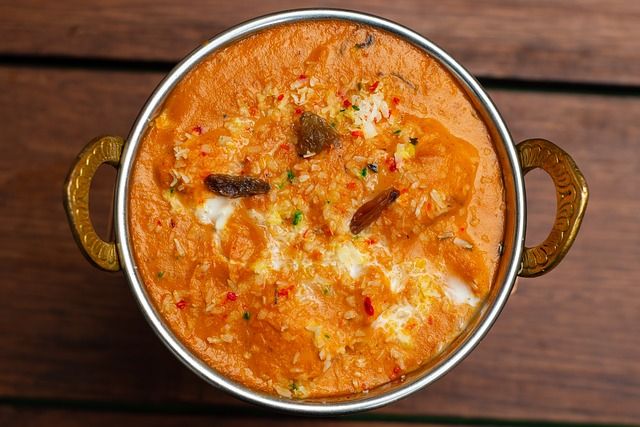 Due to the cultural Hindu influences, many of the Indian dishes are vegetarian or at least without beef, as the cow is very important in Hinduism.

As a starter you often get naan or chapati, which you can dip in different sauces and dips to get used to the spice. Vegetables are often fried or pureed. Rice is - similar to some Asian dishes - often fried as "Biryani" and served with vegetables. But you can also order rice with some carrot. This rice then goes much better with the various meat and fish dishes. A well known example is Tandoori Chicken. For dessert, fruit is often eaten or milk dishes sweetened with sugar syrup. Fruit juices or lassis are served as a drink.
Spanish: Those who have already been in Spain will probably not have passed the famous churros. These are normally served for breakfast on holidays with a kind of chocolate pudding sauce. Many times, one finds in the Spanish restaurants outside Spain some small tapas that are little appetizers of different dishes.
In Spain itself, they actually serve as an apperitive, as in the real Spanish cuisine, the main dishes are just starting. Here, one even eats a little later than in our country, so that one has more lunch in the early afternoon and dinner in the early night. One starts with an appetizer that ranges from vegetables over fish up to linen meat dishes. The Serrano ham is also known here - tenderly melting and spicy - very fine, I can only say. The main course is mostly meat or fish. Potatoes are served here as vegetables. The satiation side dish here is white bread, which is also on the table. Most of the times, one orders a dessert after the meal. The best known is probably the "Crema Catalana": a curd cream with a layer of caramelized sugar. 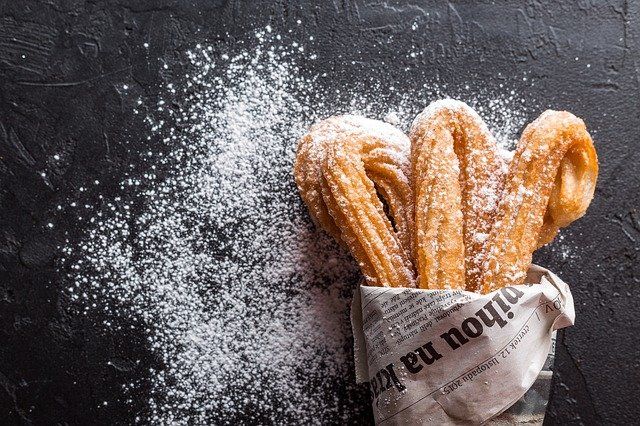 But now, a little away from the kitchens you're all used to... What else can you find.
Turkish: Again, due to the geographical location, the transitions to Baltic cuisine are rather fluid. The dishes tend to be rather greasy, so that the taste of the individual components comes across very well. One begins also here with starters "Mezen". These can be both warm and cold. Here you can enjoy the counterpart to tzatziki: "Cacık" or you can enjoy humus, mussels, ... At the main meals bread is served - as in almost every southern cuisine. 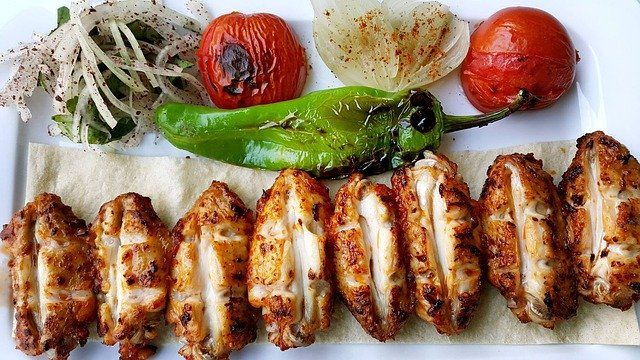 The best known is of course the kebab, which is cut from a spit similar to the gyros. Here both the kind of meat and the seasoning can vary. But if you do not want to enjoy meat as a kebab, you can fall back on meatballs - the Köfte. There are also other bread dishes: Pide. Here you can choose between meat and vegetarian variations. Of course, there are also some rice dishes, but they are less known! The most famous dessert is baklava, but you often see and eat lokum, which is a kind of cube-shaped morsel made of sugar, honey and starch. Ayran (yoghurt drink) can be consumed as a drink.
Mexican: Mexican cuisine has some similarities to Spanish cuisine. This is quite logical, as it is a synthesis of pre-Columbian, French, Spanish and Arabic cuisine. Probably the best known from Mexican cuisine is guacamole - an avocado dip. Before the meal it is served with a selection of bread and has the function of an aperitive. Sometimes tortilla chips are served instead of bread. Tacos and enchiladas are probably also known to some people. These two and also the well-known chili con carne are only some of the main dishes from Mexico.
Due to the origin of the chilies from this country you should be careful, because some dishes can be very strongly spiced. For dessert Mexico offers a variety of dishes. From simple amaranth bars (which are really very tasty) to a caramelized sauce made from goat's milk, you can enjoy everything. Attention here as well: There are many nut dishes - allergy sufferers should therefore keep their hands off them.
A little tip: Pan de Queso is one of the best dishes I have ever eaten. These are little bread balls with cheese! 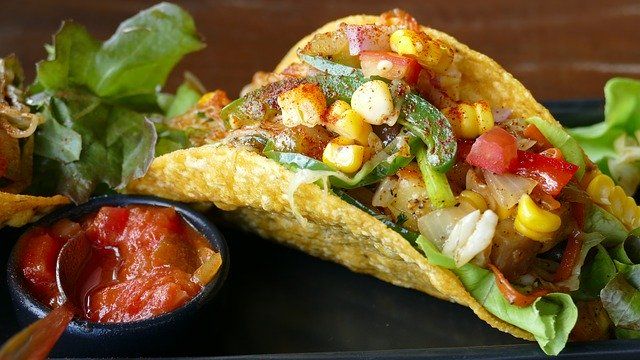 African: Due to the size of Africa, one cannot of course make out a pure African cuisine. Therefore I will limit myself here to the South African cuisine. Because of the variety of animals: Lamb, beef, pork, kudu, eland, warthog, springbok,... the choice is enormous. Also the location to the sea offers a great variety of fish, so that there is something for every taste.

There is no real starter here, but the greasy food will make you feel very full even if you eat the main course alone. Here, one can enjoy the Boerewors with the official favorite food (the Braai; translated "grill"). This is a kind of Thuringian, but much more spicy. Besides this national dish there is the typical Biltong (dried meat). Because of the cultural and social influences in many places, stews are prepared in which chicken and beef play a major role. As a side dish there is pumpkin, potatoes or pap (corn porridge). The famous Malva pudding is one of the best desserts that exists in my opinion. A lot of beer is drunk with the meal. South Africa can also offer a lot of beer with its breweries.

Bon Appetit and totsiens (that was Afrikaans for "Goodbye")
Your experience on this site will be improved by allowing cookies.