The history of currywurst: how was discovered and how is prepared nowadays 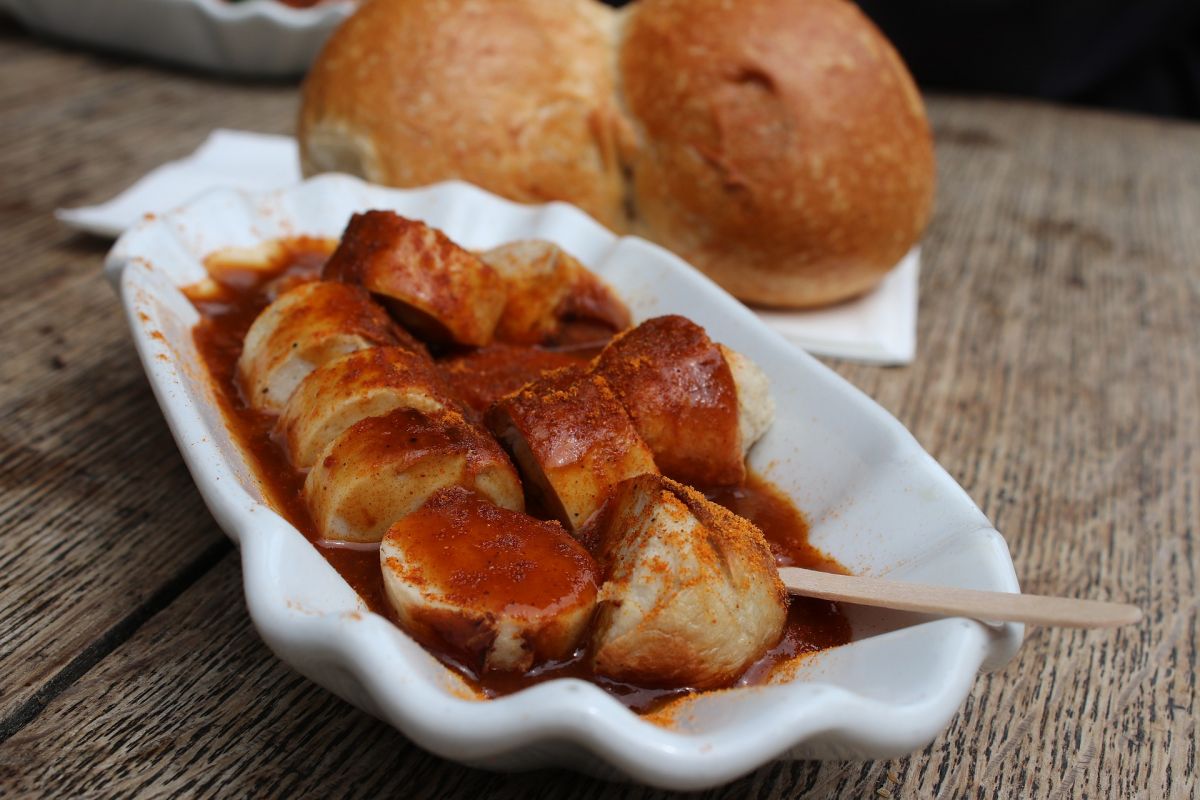 As one of the most popular canteen meals, it is an honor to mention that this fast food does not originate in the USA, but this time in Germany. More precisely in Berlin. There, in September 1949 - the post-war period - the gastronome Herta Heuwer mixed the unique mixture of ketchup and chili in her snack bar in Charlottenburg: ready was the first curry sausage sauce "Chillup". As beautiful as this story may sound, it is sad and surprising that this mixture was created out of necessity. The aim was to give the sausage a little more pep for in between times and so Mrs. Heuwer tried this somewhat unusual mixture. And the first official currywurst was ready.

In the meantime, of course, not only the production of the sausage but also the sauce has changed.

Differences in sausage and preparation 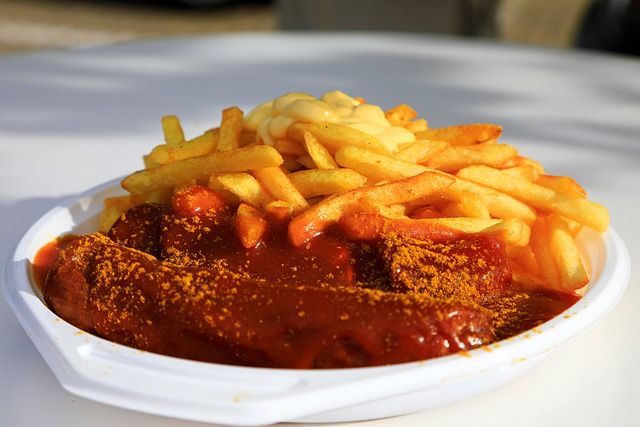 Whether one prefers to eat the "Berliner Currywurst", the "Volkswagen Currywurst" or the "Ruhrpott Currywurst", everyone must decide for themselves.

For the Berliner Currywurst, sausages with or without casing are used. The sausages are first fried whole, with about half of them covered with fat. Only before or when the sausage is served is it cut into bite-sized pieces, poured over with the typical sauce and sprinkled with curry powder.

In addition, the Volkswagen Currywurst looks like a successful experiment. In contrast to the Berliner, the sausage does not only contain normal sausage spices in the sausage meat. The curry is directly incorporated into the sausage. But the subsequent preparation then hardly differs from the other curry sausages.

As the last known representative, the Ruhrpott Currywurst, similar to the Volkswagen Currywurst, falls a little off the grid. While in Berlin they mainly use a kind of white sausage or bockwurst, in the Ruhrpott they prepare the Currywurst from a bratwurst. The stronger taste of the bratwurst gives the dish yet another plus point in terms of aroma!

Whether in the traditional way or experimentally from the Ruhrpott or Volkswagen production (of course not made of metal) - the Currywurst has advantages not only in terms of speed of preparation.

What is actually in this ominous curry powder

Actually the term "curry" does not describe a spice. Curry is used to describe a wide variety of spice mixtures. One of the main ingredients - hence the color - is turmeric.

But apart from turmeric, everyone can of course season their curry sausage and also their curry powder themselves, so that it tastes a little different everywhere. This can now be an advantage or disadvantage.

Also, musically the Currywurst has already come out big. In his song "Currywurst", Herbert Grönemeyer sings about it as the perfect lunch for hunger. But whether for lunch in the canteen, on the hand for in-between meals or even as an outdoor lunch. You can't go wrong with a fine Currywurst.

Meanwhile, many restaurants also offer different degrees of spiciness in the curry sauce, so that you can not only eat your fill, but also push yourself to your limits.

But the curry sausage can not only be found as pure fast food. Meanwhile, creations like the "Pizza Currywurst" are also found on the menus.
Your experience on this site will be improved by allowing cookies.