The Bavarians and their pretzel - a lovestory. Plus: meet all the amazing variations!

For example, if you ask Americans about Germany or what they associate with it, the answer is quite likely to be: "Oktoberfest," "beer," "Brezel" (although the latter is more commonly called "pretzel").

As the emblem of bakers' guilds and the symbol of bakeries, it is fair to say that the pretzel is one of the most important pastries of all. But contrary to what some know and assume, this convoluted structure does not always have to be savory, lye and salty. There is even a sweet variant.

But step by step!

The pretzel is a pastry entwined in itself, which precisely because of this shape, which resembles folded arms, has gained its name from Latin - "brachium" is the ancestor in name.

Originally, it was produced and consumed in the southern German region, as well as in Austria, Switzerland, South Tyrol and even Alsace.

The special feature of the savory pretzel is probably the brushing of the dough with a certain lye before baking - hence the lye pretzel probably also has its name.

How do you eat them?

If you go into any Bavarian bakery, you will find the pretzel as a standard assortment. Meanwhile, this is also the case in some areas further north, but by no means everywhere. Mostly, the pretzel is offered in different variants: 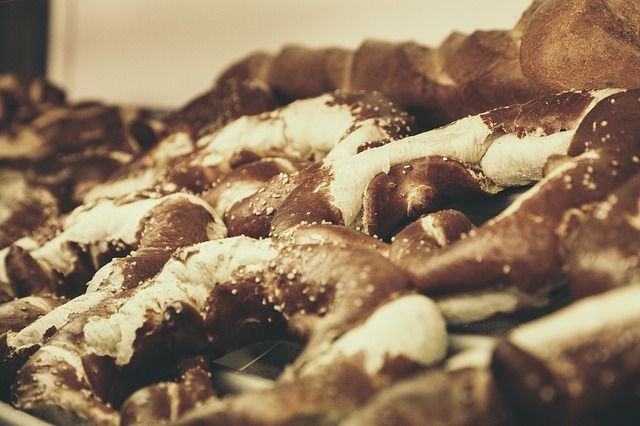 In addition, during Lent you can even find the so-called Lenten pretzel, these are cooked in hot water shortly before baking and salted only after baking. Likewise, one often finds sweet pretzels, which are either baked from a yeast dough and sprinkled with hail sugar. Or made from pancake dough (Krapfenteig; for all you southern German readers) and fried as well. Sometimes you'll also find pretzels made from puff pastry with nut chips - the so-called Russian pretzel. In the Rhineland, you'll find the sweet version with a kind of pudding filling, sometimes even like a walnut bun - just in pretzel form. 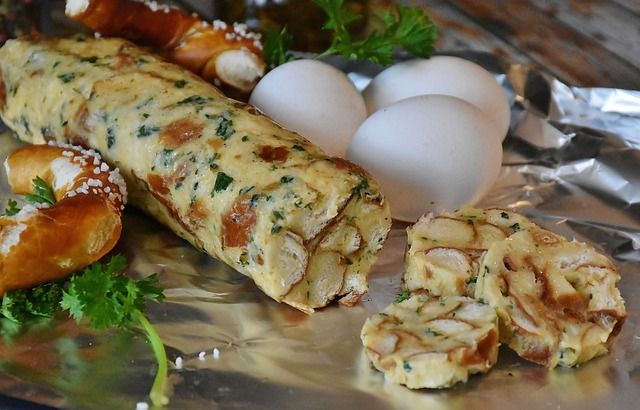 Especially in Bavaria, you can also find other dishes that would hardly get along without the pretzel. Thus, some restaurants and beer gardens offer pretzel dumplings, which are close in production to the bread dumplings, only instead of bread rolls on the addition of pretzels fall back.

In addition to the dumplings, there is also a pretzel soup. However, this is not simply vegetable soup with pretzels, here milk is heated and the pretzels serve as a soup ingredient. This may seem a bit suspect at first glance. However, it tastes really good.

At times of the Oktoberfest, you can also find the so-called "Oktoberfest pretzels" everywhere: oversized and almost even like the family pizza among the pretzels. Sufficient for more than one breakfast.

If we are now already with typically Bavarian things, then the most fall naturally still the white sausages  typical for Bavaria in. Also, for this, in addition to sweet mustard, one or sometimes two pretzels are always served.

Enough for lunch. If you still haven't had enough of all those pretzels, you can enjoy them in front of the TV in the evening. But not in their usual size. Miniature pretzels, crunchy, salty and in perfect morsel size can now be found in any supermarket.

And if the pretzels are not enough, there are many other pastries that emulate them: pretzel sticks, pretzel rolls, pretzel corners, and even pretzel croissants. Well, if that doesn't make you hungry!

I let myself taste my butter pretzel now in any case!
Your experience on this site will be improved by allowing cookies.